It might be wicked ass cold out there but make no mistake, the new music releases this month are super hot Popsters! In fact, we don’t have an album rating lower than four stars this week, (out of a possible five)! Are we feeling overly generous these days? Not a chance, we’re just as obnoxiously opinionated here in the Pop Bitez offices as we’ve ever been, but we’re having a great time rocking away the winter doldrums with these amazing new releases. Trust us on this one, these are just what the doctor ordered and are guaranteed to help you fight off your cabin fevers!

Singer/Songwriter Dee Dee Penny and her band are moving further and further away from the retro girl group sound with each new release. While the band’s previous efforts were excellent, solid pop collections, Too True is definitely a groundbreaking effort  for the Southern California quartet. The retro vibe of the 60s and 70s has been replaced with the synth pop sound of the 80s this time around and, while the influences of Siouxsie And The Banshees and L.A.’s own Concrete Blonde can be heard throughout the album, the band masterfully maintain a contemporary sound that is always fresh, never derivative and all their own.

Too True is the best album the Dum Dum Girls have recorded to date. What a way to kick off 2014!

Check out the first single, Lost Boys and Girls Club

Is there a hotter music scene on the planet these days than Brooklyn, NYC? If you’re asking us we’d have to say, nope. In fact, the rocking borough of Manhattan is practically on fire with one amazing band after another emerging for the last several years. The latest band from the area due for a big breakout this year call themselves Hospitality and, despite the industry legend of the sophomore curse, this band has no reason to be sweating that myth with their second release, Trouble.

This solid effort surprises with nearly every track as the band explores a stunning variety of sounds and styles with 10 great tracks, each more impressive than the one before it.

Listen to, I Miss Your Bones, a track that recalls the best of The Who and the glory days of NYC’s CBGBs. 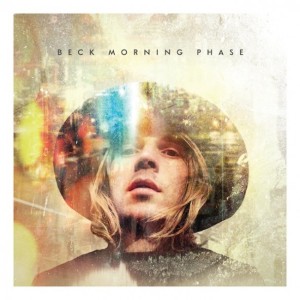 Beck is back in fine form with his new release Morning Phase, which could easily be considered a sequel of sorts to one of his most brilliant and beloved albums, Sea Change, originally released 12 years ago. The opening track, Morning, kicks things off in very much the same way The Golden Age did on Sea Change and it’s all brilliantly up hill from there.

Taking a break from his widely celebrated experimentations, Morning Phase is a simple yet strong, 13 track collection that, in it’s own way, seems timeless. This album actually could have been released any time in the last 50 years and would never have sounded out of place, in other words, you can turn this one up as loud as you want and your parents aren’t going to mind a bit, (get over it junior, that’s actually a GOOD thing).

There’s not a bad tune on this album but a definite favorite would be Blue Moon!

Broken Bells- After the Disco

Much to the relief and joy of music fans everywhere, it turns out Broken Bells, the brilliant team up of Brian Burton– a.k.a. Danger Mouse– and Shins’ front man James Mercer, was not, as many of us worried, a one off proposition. After the Disco is, of course, the follow up to their instantly classic self titled debut album released in 2010 and, though we can’t say this album is quite as strong as their first, it’s still a lot of fun and better than 90% of what’s playing on the radio these days.

In pop music history there was a brief window of time when Disco was fading and New Wave was creeping onto the scene. If we had to guess, it’s the specific sound of this period that the guys have focused on with this album, at least that’s how we’re hearing it. We happened to have loved a lot of the music from that time so loving After the Disco, for us, is really a no-brainer. The exploration and excavation of Top 40s past is subtle at times and, at others, almost hilariously obvious. Nowhere is this concept more apparent than when James Mercer delivers his best Barry Gibb impression on the chorus of the track, “Holding on for Life“, which in many ways sounds like a long lost Bee Gees tune if it were produced by Giorgio Moroder, (honestly, how did that NOT happen?)

Check out the title track of the album, which is as fresh as it is retro and wouldn’t have sounded out of place on Daft Punk’s Grammy winning Random Access Memories.

Above and Beyond- Acoustic

Above and Beyond have been well known in the world of trance music for the last 15 years, which is why their new album, Acoustic, is such a shocker, honestly, we didn’t have a clue they were capable of anything like this.

The album release comes after members Jono Grant, Tony McGuinness and Paavo Siljamaki debuted acoustic versions of their music this summer in London. The 24-instrument orchestra was not only a success in the eyes of their massive fan base, but to all fans and critics who heard their new soothing compositions.

Collecting the trio’s best loved songs and re-imagining them as rich orchestral acoustic arrangements, Above & Beyond Acoustic contains the studio recordings behind their already legendary acoustic shows at London’s Porchester Hall and LA’s Greek Theatre – described by Billboard as “one of the finest shows in dance music history“. Upon its release last week, the album went straight to number one on the iTunes US Dance Album Chart. The new release has been compared to previous works from the likes of  Zero 7 and Portishead but, make no mistake, this lush and gorgeous collection is Above and Beyond any release we’ve heard from either of those excellent bands in the last few years.

Enjoy You Got to Go