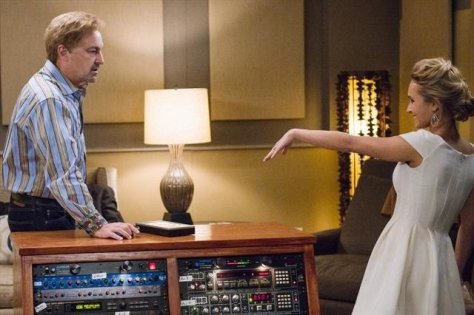 Hey there Popsters, have we got a PopCast for ya this week! This one is for fans of ABC’s Nashville, (one of our favorite episodics in prime time), featuring lots of music related to the show and an in depth conversation with Mr. Ed Amatrudo who plays Glenn Goodman, Juliet Barnes manager with a heart of gold and the patience of a saint! If you’re not familiar with the series this is a perfect opportunity for you to get acquainted! Just click on the guitar and enjoy!

If you haven’t had a chance to catch the new hit ABC series Nashville you need to get on board asap, it’s easily my favorite new show of 2012!

Nashville is the baby of Director/ Screenwriter Callie Khouri, best known for her films Thelma & Louise, Something to Talk About and The Divine Secrets of the Ya Ya Sisterhood. Yes, it’s true, Khouri is the queen of the chick-flicks, no doubt about it, but even I have to admit they’re some of the best chick flicks I’ve ever seen. Still, if you aren’t into the whole “ovum-opera” thing never fear, Nashville is not a show for the Lifetime ladies, there’s a lot in here for a guy to love as well, and I do!

There are several reasons Nashville is the best reviewed show of the Fall network season and one of those reasons is the expert casting. I am amazed more and more, with every new episode, by how well they nailed the casting. For my money Connie Britton, (Friday Night Lights, American Horror Story) and Hayden Panettiere, (Heroes, Scream 4), have never been better and their twang filled variation on All About Eve is a lot of fun. Actress Clare Bowen, (Home and Away), isn’t as well known yet but, make no mistake, after a season or two on Nashville, she will be, I predict big things for this little girl.

As is the case with Khouri’s previous work, the women are at the heart and soul of Nashville but that’s not to say the men aren’t offering a lot of solid support, most notably Eric Close, Sam Palladio and Ed Amatrudo as Juliette Barnes‘, (Hayden Panettiere), faithful, loyal and perpetually frustrated manager, Glenn Goodman.

I recently had the pleasure of speaking with Ed about his role on the show as well as his life as an actor for hire and, interestingly enough, a Tennessee real estate agent! Yep, you read that right, read on!

Pop Bitez: So tell us a little about your character Glenn Goodman.

Ed Amatrudo: Well, here’s my interpretation, part of the guy’s character is built into his name, Glenn Goodman, ‘Good Man’, this is a good guy who’s trying to do his job, best he can, and not under the best of circumstances all of the time. He’s got this firecracker to deal with in the person of Juliette Barnes and she’s tough, she’s very, very tough and also a goldmine and so, on the one hand, she seems like the ‘Golden Goose’ and on the other hand he really does have a genuine affection for her, but it doesn’t come out all that well all of the time. Juliette is like a bull in a china shop and Glenn’s job is to run around behind her and catch all the pieces before they hit the floor.

PB: Now you’re one of a handful of actors on the show who are actually Nashville residents, do you think that local flavor has added a certain authenticity to the proceedings?

EA: Well, you know, I do, but I’m not originally from Nashville, I’ve sort of been all over, but I’ve been here for a long time now and I think that I’m comfortable with the surroundings and I know the environment, you know, I’ve been around these music people for years and years now, so it’s not like I’m a fish out of water, so in that respect yes, but, I’ll tell you, there are a couple of other guys on the show, three or four actually, that are here in Nashville now that aren’t originally from this area but they’re local guys now and they’ve got terrific roles, I love the scenes when it’s all the local guys together and then there’s Connie Britton and I’m like ‘go local guys!’

PB:  So how exactly did you prepare for the role of Glenn, did you need to do a little research?

EA: Well, yeah, I did, before I went to the audition I did some research to find out what exactly these managers do and the interesting thing around here is, similar to being in Los Angeles where you can’t swing your arms without bumping into some actor, around here you can’t swing your arms without bumping into some musician, so I could pretty much ask anybody, ‘What’s the role of these managers? what are these guys like? What’s their disposition?‘ , and everybody’s got a story. Interestingly enough, and I’m not taking credit for this because it’s in Callie Khouri’s writing, but I run into people that are in this business, even people on the set who don’t know who I am yet, and they say ‘you’ve gotta be playing somebody’s manager because you LOOK like all of these managers, you walk like these managers‘, (laughs), I’m not sure it’s much of a compliment because they always have this look on their face like ‘Eh, you’re one of THOSE guys…’

PB: Now the series seems to be continuing that age old debate of  Traditional Country vs. Pop Country, which side do you think you fall on?

EA: I’m falling on the new country pop side, I’m actually cut from the Billy Joel cloth, I’m that kind of ‘pop music guy’, so I gravitate to what we’re hearing these days, the more commercialized, pop version of country, which I think is terrific and it’s really kind of blurring the lines between country and pop and that’s really what I love about the music business right now, there’s so much stuff out there right now and it’s all different and it’s all good.

PB: I’m not sure if that was Ed answering that question or Glenn.

EA: (laughs) Well, we’re blurring the lines a little there too…

PB: Now you had a fair amount of success in the 80s and 90s on television, most notably on shows like Miami Vice, Walker, Texas Ranger, Chicago Hope and NYPD Blue and also some reasonably high profile films like Larry Clark’s Bully and Bad Boys, but I understand you dropped out for awhile and became a real estate agent in Nashville, is that right?

EA: Yeah, well, it’s kind of an interesting story, I started out in theatre, I went to the America Academy of Dramatic Arts and lived in New York City and Los Angeles and Denver and Miami for a long time- it’s been a long road- and when I got to Florida it was in the Miami Vice days, things started to click for me and I was able to get a lot of work, I was making a living as an actor, which was awesome, and that went on for quite awhile, I was going back and forth from Miami to Los Angeles, and while all of that was going on I ended up getting a divorce, I had a little girl who was 3 years old at the time and her mom had decided to move to Nashville with her new husband, they had a very successful Christian music ministry- I was married to a musician- so they ended up coming to Nashville and I followed a few months later, so that I could be close and maintain my relationship with my daughter. I pretty much knew going in it was ‘game over’ for my acting career but I had this little kid and it was very, very important for me to be around her and to be able to raise her and I said, ‘Hollywood will always be there, it’s not going anywhere, after Delaney grows up and goes off to college then I can reassess‘. So, I started in real estate immediately after I got here and I got this idea to do a television show called ‘The Foreclosure Show’– and this was way back before foreclosures were cool- (laughs), I mean that in the sense that I was doing this foreclosure show long before the foreclosure problem ever came around, and the show has been on- every day- for 7 1/2 years and it’s been very successful and generated a lot of business. So, I opened up a real estate company and that all went really, really well, and I was able to spend time with my daughter, and then she eventually got me back on stage! In community theatre! The last time I’d been on stage was 15 YEARS before that!! (laughs) Let me tell you, it was terrifying, but I got through it! The beauty of all that is that Delaney and I have had the opportunity to do shows together, she’s actually getting ready to graduate high school and then- hopefully- off to NYU to study theatre. The best part of the story is, when I moved up here, when I said it’s ‘game over’, look what happened! Lo and behold, out of nowhere, a show comes to town.. a television series called Nashville… IN Nashville…and there’s a role for me, it’s such a huge blessing! It just shows you the way God operates, you know, it was always there, just waiting for the right time, the right season, and here we are, and it’s just beautiful!

PB: And Amen to that! Thanks for your time Ed, best of luck with the series!

EA: Thanks Scott, my pleasure!

Recently I had a chance to speak with CAMELOT’s director and creator Chris Chibnall (TORCHWOOD), Joseph Fiennes (SHAKESPEARE IN LOVE, STEALING BEAUTY, FLASHFORWARD) and relative newcomer Tamsin Egerton. Fiennes stars as legendary sorcerer Merlin and Egerton will be setting hearts a flutter as the young and beautiful Guinevere. END_OF_DOCUMENT_TOKEN_TO_BE_REPLACED