Well, popsters, it’s that time again! Here comes the obligatory “best of” lists! I’ve finally watched all there is to watch and now it’s time to offer up my take on the flicks most worthy of your accolades and attention. Before we get started let’s talk Oscars, briefly. First up we’ve got the headline grabbing cries of racism. I don’t know about you but demanding affirmative action when it comes to awards directly related to the arts is beyond stupid and, in all honesty, isn’t worth the paper it’s printed on nor the web space it’s commanding these days. To claim that the most liberal industry in the world is somehow deliberately ignoring actors of race numbs my brain. Especially when you consider last years nominees and Best Picture Winner, 12 Years a Slave. Moving on…. There also seems to be a lot of whining in regards to the apparent snub of The Lego Movie– the animated flick many expected to slam dunk the award for best animated feature. Perhaps the idiotic plot of this movie played a part in the decision making? A movie featuring Legos, (a vastly overpriced toy line), manufactured by one of the biggest toy corporations in the world, attempting to satirically send up the world of mass marketing and “evil corporations”, might just be a tad too dumb and hypocritical for the Academy to swallow. The Oscar committee isn’t always right, (in fact, in my opinion, they’re wrong much more often), but on this one I’m in 100% agreement. If you want to talk real snubs, Jennifer Aniston for the film Cake and Bill Murray in St. Vincent are the biggest oversights this year. I would gladly trade out Steve Carrell‘s silly and creepy cartoon villain in Foxcatcher for Murray and there is no way Rosamund Pike in Gone Girl deserves her nod over Aniston. As for Best Picture, I can’t keep straight why there are some years with 10 nominees and other years with only 8. The fact that the Academy increased the nominees in this category in 2009 from 5 to 10 and then made an added provision that reduces them to 8 is, again, mind numbingly stupid and actually proves once and for all, the Oscars are nothing more than a political game played by corporate studio heads and producers with a substantial budget for campaigning. While I don’t take issue with this year’s Best Picture nominees per-say, Into the Woods certainly deserved to be in the mix, especially considering the nominations given to the 2013 debacle, Les Miserable. Alright, enough with the Award Season bullshit, at the end of the day, do any of us really care what Hollywood tells us is the “Best Picture” or “Best Actor” of any given year? Let’s get on with our Top 11!

While I understand this movie is at the very top of most lists this year, it will have to be enough that it’s at the bottom of ours. The truth is, the only reason I’m including the film is that I have been waiting my whole life for a filmmaker to do what director Richard Linklater has finally done, which is to make a film that follows a group of characters/actors over the span of a decade. It was bound to happen eventually, so kudos to Linklater. That being said, if it were Scorsese or Coppola or any number of other directors, they no doubt would have been inspired to include an actual plot that was a little more original than a bloated “coming of age” story, (honestly, can’t we put a moratorium on the indie “growing up hurts” movies? Enough already.) While the novelty of filming over an extended span of time seems to be what has intrigued the film’s biggest fans, the concept itself isn’t really all that different from what Linklater did with his Sunrise/Sunset/ Midnight trilogy, which actually spans 18 years, and I might add, to a much greater effect. To be clear, I liked Boyhood but, in a year that included some truly great films, I can’t put it higher than number 11 on my list as it’s the only title I’m including this year that I will probably never revisit. 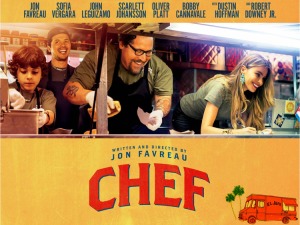 Taking a break from the big blockbusters, director/writer/ actor Jon Favreau delivered the charming and hilarious indie, Chef, which is as much about Cuban sandwiches as it is fatherhood and second chances. Chef proved to be one of the sweetest surprises of the year. There honestly aren’t enough of these types of films being made today, thankfully Favreau understands this sad fact and filled that void nicely for us in 2014. 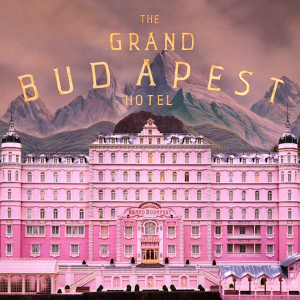 Wes Andersen films are definitely a mixed bag and an acquired taste but, without question, The Grand Budapest Hotel is his funniest and most enjoyable since his 1998 hit Rushmore. Beautifully shot, perfectly paced, brilliantly cast and expertly quirky, GBH delivers on all fronts. Who knew Ralph Fiennes, best remembered as the terrifying nazi in Shindler’s List, could be so damn funny? Obviously Andersen and Fiennes did.

8.The Theory of Everything

Bio-pics are often plagued with too many creative liberties and actors doing impressions that border on caricature, The Theory of Everything is that rare exception that gets the tone and balance just right. I don’t know if Eddie Redmayne and Felicity Jones performances are the best this year but they are most definitely worthy of that consideration. 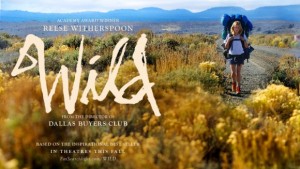 Reese Witherspoon  definitely put herself back on the map with her fearless, soul searching performance in Wild and director Jean-Marc Valle’ proved to be the perfect choice for this emotional journey of lost and found. Given this is one of those indies that lacks a substantial distribution and marketing budget many of you may have to wait until this one lands on Netflix but, when it eventually does, it’s a must watch and should be added to your Instant Streaming Queue immediately!

I can’t say I’ve ever been a fan of the stage version of this popular Stephen Sondheim musical, which is why I was pleasantly surprised by how much I loved this flick. After Tim Burton‘s uneven and problematic transfer to the screen of my all time favorite Sondheim musical, Sweeney Todd, I have to admit I went Into the Woods with very strong reservations. Thankfully, director Rob Marshall comes to this project with a Broadway pedigree that Burton lacks and the difference is staggering, if not all that surprising. The first and most costly mistake many movie musical directors make is in the casting, Sweeney Todd and last years Les Miserable are but two glaring examples. Marshall instinctively understands this fact and wisely cast this film with a star in the pivotal role of The Witch, (a vocally impressive Meryl Streep), and an actor relatively unknown in the states, (the endearing James Corden), in the male lead of The Baker. The entire cast in fact is uniformly excellent and, unlike too many other Broadway transfers to the screen, they can sing as well as they can act which, oddly enough, is a seemingly novel concept in Hollywood these days.

5. Guardians of the Galaxy

As far as big summer popcorn movies are concerned, there wasn’t another movie in 2014 that even comes close to the greatness of Guardians of the Galaxy. While the credits were still rolling I found myself thinking, “Whoa! I want to see this again, now!”, and I’ve only really felt that way twice before in a movie theatre. The movie is brilliant fun, lots of action, lots of humor and features an insanely wonderful and bizarre soundtrack! Starlord’s mom rocks! Can’t wait to hear her next mix tape!

This heartbreaking bio-pic is a must for anyone who cares about history, (and that really should be all of you, right?). Benedict Cumberbatch delivers one of the best performances of the year, while the film sheds light on a particularly disturbing and dark chapter in England’s history which is certain to disturb even the most steadfast anglophile.

Culture snipers were locked and loaded in anticipation of this film’s release and yet, in spite of all their attempts, American Sniper broke the box office record for a January release. Ya gotta believe that made Clint’s day, (sorry, couldn’t resist). The movie tells the story of legendary American hero Chris Kyle but, at it’s core, it’s also an exploration of the enormous sacrifices our men and women in uniform have made, throughout history, in defense of our freedoms and liberties. Bradley Cooper, who also delivers one the strongest performances of 2014, was quoted recently in an interview as saying, “Eastwood is not a great director in spite of being 84 years old, he’s a great director because he’s 84 years old…”, and I couldn’t agree with him more. 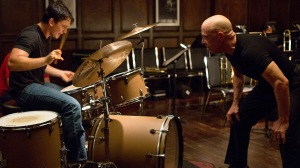 A friend recently tweeted after seeing this flick, “Whiplash will kick your favorite movie’s ass!”, and he’s not wrong, it will and it does. J.K. Simmons more than deserves all the accolades and awards coming his way this year, as does everyone else involved with this movie. The story of the student and the demanding teacher is very nearly a cinematic cliche’ at this point, but director/writer Damien Chazelle injects new blood and insights into the well worn genre and all but crushes the similar films that came before it. In a perfect world I’d like to take Boyhood’s sweetly sensitive artist Mason and lock him in a room for the weekend with Whiplash’s Fletcher. “Do you think you’re out of focus? Look up here, look at me. Do you think you were out of focus?” (smack).

I struggled with the numero uno spot this year but, in the end, it just has to be Birdman for me. Most, (if not all), of the flicks on the Pop Bitez list this year are truly love them or hate them movies and Birdman is no exception. In fact it’s probably the number one love it or hate it on here but, as far as I’m concerned, it’s a big love, a major, obsessive, sloppy love. From Alejandro Gonzalez Inarritu’s solid writing and direction, to the career defining comebacks of both Michael Keaton and Edward Norton, the percussively hip soundtrack and the brilliant cinematography of Emmanuel Lubezki, Birdman is one for the ages. Now, as for that much debated epilogue at the film’s end I offer this consideration; the film spends an awful lot of time debating Hollywood vs. Broadway, the final scene is filled with over the top perfection and, with the possible exception of the nose, all is right in the world of  our struggling hero, it’s a ridiculously comical and upbeat “Hollywood Ending”, the scene that proceeds it would be the dark, “theatrical” ending, the ultimate sacrifice of an artist that concludes with a standing ovation. They are actually two different endings, one for theatre, one for film, and might be considered a bit of a smile and middle finger flip to both art forms from the director himself, the ultimate Birdman.  That’s my theory and I’m sticking to it! See you at the multi-plex Popsters! Cheers!