The best thing about many Christmas songs is that we only have to hear them for roughly a month and a half a year, (unless you live near one of those hateful radio stations that insist on dedicating a week to “Christmas in July”).

Christmas is my absolute favorite time of the year. I love the weather, the lights, the food and, yes, SOME of the tunes. That being said, there are certain holiday songs that truly bring out the Grinch in me and immediately provoke homicidal thoughts that make me want to take a chainsaw to the sugarplums dancing in my head. These are the songs, this is the shit list.

You might notice, unlike other lists I’ve seen online, I am NOT including videos, links or song samples. Why, I ask you, would I do that if in fact I LOATH these tunes?! The simple truth is, this list is more for me than you and I’m really hoping I feel a little better after I vent on these hideous tracks.

10. Fairytale of New York- The Pogues

Look, I’m a big fan of The Pogues, I “get” the fact that this is an “alternative” Christmas song and I appreciate the humor, but for me Christmas is the holiest of holidays and any Christmas song that features the lyrics, “you scumbag, you maggot, you cheap lousy faggot, happy Christmas your arse I pray God it’s our last“,  is just wrong.

Attention songwriters of the world, please for the love of God, could you maybe write a good Christmas duet so we are no longer subjected to the latest “cute team up” of this lame tune every freaking year? For the record, this is NOT a Christmas song, it has NOTHING to do with Christmas, it’s just another secular song that pop stars uncomfortable with the idea of faith gravitate to when pressed to record a “holiday” tune. As an added bonus of awfulness, the male character in this song, no matter who is singing it, always sounds like a date rapist. Have I ruined it for you? Good. 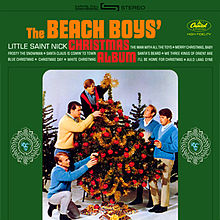 “My baby done told me, she don’t wanna hold me and kiss my lips anymore…” If there is any one thing I absolutely abhor about pop radio during the holidays it’s the Christmas “break up” songs. I put a large part of the blame on “Blue Christmas” which, for the record, I don’t think is a bad song though, again, it’s an odd way to celebrate the birth of our Lord and Savior, ( in case you’d forgotten the reason for the season). Love the Beach Boys but not the majority of this album,  they should have called it Abused Pet Sounds.

Again, it’s a holiday break up song, though you could argue they were never really together anyway, I mean, if she/he(?) is going to take this loser’s heart to the returns and exchanges department “the very next day”, right?  This song SUCKS, it always did and so does every DJ who still feels compelled to torture us with it every December. This song is the musical equivalent of a fruitcake that tastes just as shitty as it did the first time you took a bite.

A money grubbing, superficial whore fills out her Christmas list for Santa, how charming. Isn’t this song a little lyrically dated? I mean, the independent modern woman isn’t really like this anymore, they understand what’s really important in today’s modern world, they aren’t looking for a man to provide all of these materialistic trinkets, more than half of you voted for Hillary, right? Right. It’s my sincere hope that none of you have a high maintenance vixen in your life who claims this is her “absolute favorite Christmas song of all time!” every time it comes on the radio, (if you do, don’t slow down, just open the door and push.) 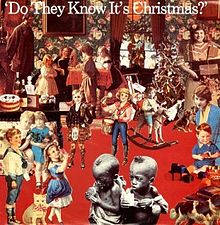 “There won’t be snow in Africa this Christmas time….” and, if there ever was snow in Africa you can be sure we’d get a bunch of limousine pop stars together to record a song about how global warming is actually ruining Christmas in Africa and how we need to raise money to buy them snow blowers. Look, it was a good cause in the eighties and it’s a good cause today, you’ll get no argument from me when it comes to famine and third world suffering, that being said, you can’t guilt me into believing this is a good song, it sucked then, it sucks now. I will admit the video was fun at the time, it was cool to see all of those coked up pop stars come together to help those less fortunate, (before most of them blew their fortunes and lives on runaway drug addictions.)

Feed the world, no child anywhere on this planet should ever go to bed hungry but please, stop playing this AWFUL song!!

“And so this is Christmas…and what have you done?” Ah yes, the second most popular atheist Beatle records a Christmas song and, from the very first line, hits you with his signature smugness and judgement. What have we done, John? What have YOU done? Oh, that’s right, you hooked up with a crazy, fugly, tone death witch and broke up one of the greatest rock bands of all time, nice. This is an anti-Vietnam protest song and, despite what some idiots would have you believe, is NOT “as relevant today as it ever was” and please, forgive me if I’m not feeling all warm and fuzzy with this song being sung by someone who once claimed “the Beatles are bigger than Jesus”, and is snidely wishing me a “Merry Christmas” with his warbling, vocally challenged she beast joining in on the chorus. 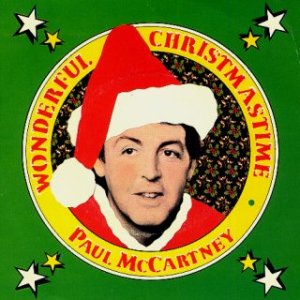 And here we have the number one most popular atheist Beatle wishing us a “Merry Christmas”!

If someone had told you back in the day that the two most talented and prolific members of one of the greatest rock bands of all time would produce two of the worst Christmas songs of all time you would have thought they were smoking some serious ganja. The simple truth is, when it comes to writing a good Christmas tune, your heart has got to be in it. John was making a political statement, Paul was cashing checks, and the true spirit of the season was never a part of either of their mixes.

“The word is out, about the town, to lift a glass, ah, don’t look down“, what the f#*k does that even mean? It means, “this is your brain on drugs, any questions?”

2. All I Want for Christmas is You- Mariah Carey

Dear God, please let Christmas get here SOON, if I have to hear this song ONE MORE FREAKING TIME I am converting to the Muslim faith.

I still find Mariah insanely hot, I admit it, but, as was always the case, I prefer to enjoy her music videos with the mute button engaged.

First, I can’t quite explain it but, I hate EVERYTHING about this song, including the chord progressions and the AWFUL backup singers. Secondly, this song was prominently featured in the film “Love, Actually” which, if there is a Hell, is currently the only movie playing on every channel of Satan’s cable box. I would rather be anally raped by an army of ravenous elves than ever watch that film again so you can only imagine how I feel when this dreadful ditty comes on the radio, every half hour. 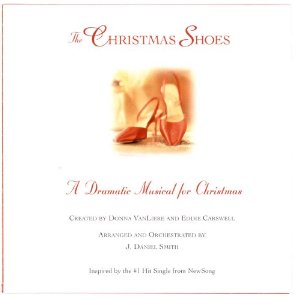 Mama needs a new pair of shoes in the event she “meets Jesus tonight”, because we all know the chapter in the Bible where Jesus goes on and on about the importance of wearing proper pumps as you begin your journey to his Father’s House. Alright, I get it, not the point of the song, whatever.

The bottom line is, this one hit wonder of awfulness grossly attempts to pull every cheap trick in the book to manipulate it’s listener into tears, and in doing so, fails miserably at every attempt, though I have to believe it’s worked on more than a few folks or I wouldn’t still be hearing this obnoxious and cloying excuse for a Christmas song every year. As a footnote, the band called themselves “Newsong”, seriously, what, I ask you, is there not to hate?