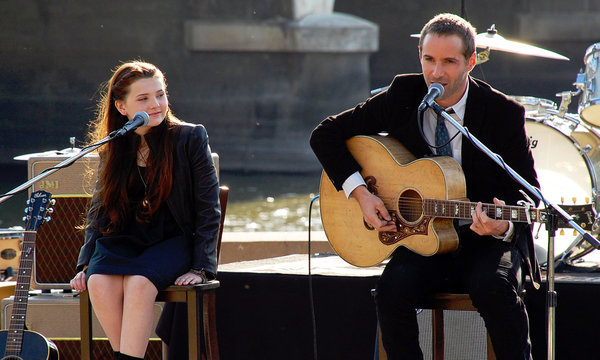 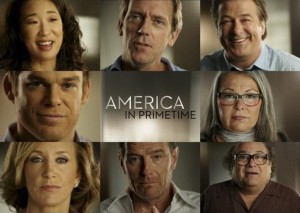 America in Primetime is a series that takes a look at the creative forces behind television’s modern golden age as writers, producers and performers discuss key elements of acclaimed TV shows.

Unlike similar programs I’ve seen regarding the history of television this series spends a surprising amount of time discussing the most popular shows from the last decade, which makes this one a must if you’re a regular viewer of shows like Breaking Bad, Dexter, House, etc. America in Primetime is as illuminating as it is entertaining and definitely worth a little of your time.

Has-been rock star Ethan Brand is attempting a comeback when a former groupie tells him he has a 13-year-old daughter, Janie, and leaves her in his care. Janie must then convince the hedonistic Ethan to reform and accept his responsibilities.

Janie Jones is a well made indie gem, at turns frustrating, bittersweet and occasionally hopeful. The film features some very solid performances from Alessandro Nivola (Junebug, Jurassic Park III) Abigail Breslin (Little Miss Sunshine, Zombieland) and Elizabeth Shue (Back to the Future, Leaving Las Vegas). The premiss itself is loaded with potential traps for cliche’ and sugary sentiment but director David M. Rosenthal does a nice job of avoiding most of them.

In this taut drama, middle-aged Jimmy Testagross loses his gig as roadie for a has-been rock band and moves back in with his ailing mother. With no job or skills, Jimmy must find a way to let go of his overextended adolescence and become his own man.

Ron Eldard, (Super 8, Black Hawk Down) delivers one of the best performances of his career as the roadie without a home or band and there are some excellent supporting performances from Jill Hennessy, (Law & Order, Wild Hogs) and  Bobby Cannavale, (The Other Guys, The Station Agent).

Like the above mentioned Janie Jones this is another excellent flick that didn’t find it’s audience during it’s very limited run in theaters but I suspect will do well on Netflix and cable. 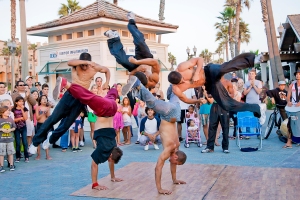 In his directorial debut, Mad Chad Taylor, the renowned Venice Beach chainsaw juggler, has created a one-of-a-kind documentary that goes deep inside the hidden world of street performers.

If you’ve ever found yourself stopped dead in your tracks in the heart of any major city, amazed and confused by a troupe of street performers or a talented juggler who seems like he might have escaped a mental hospital a few hours prior to showtime, this one’s for you! It’s wacky and weird and a whole lot of fun!

This dark and sad tale more than delivers on it’s promise and the conclusion makes the journey well worth the trip. It’s great to see William Hurt in a role worthy of his talents once again and I can honestly say I’m relieved the hideous Twilight series is almost finished as Kristen Stewart has much better things to do with her as of yet under appreciated abilities. I should also mention Eddie Redmayne, the star of last year’s  excellent My Week with Marilyn, is also quite good in this one, can’t wait to see what he does with the role of Marius this Christmas when Les Miserables finally comes to the big screen.

When his master dies, a loyal pooch named Hachiko keeps a regular vigil — for more than a decade — at the train station where he once greeted his owner every day in this touching drama based on a true story.

This film features one of  the best performances I’ve seen from Richard Gere in quite awhile and is also a good watch for the whole family. Based on the premiss I know I don’t have to tell you, but I will just in case, have some tissues handy…like an entire box.