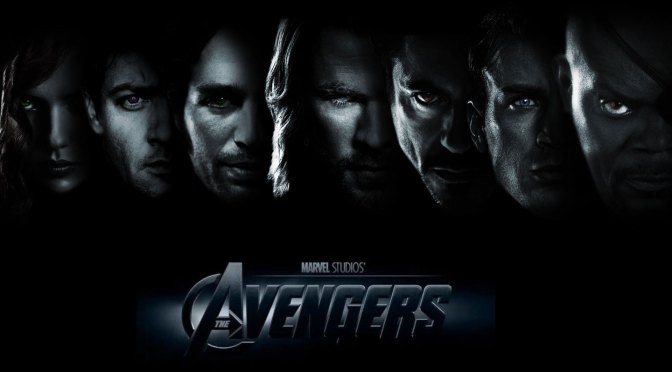 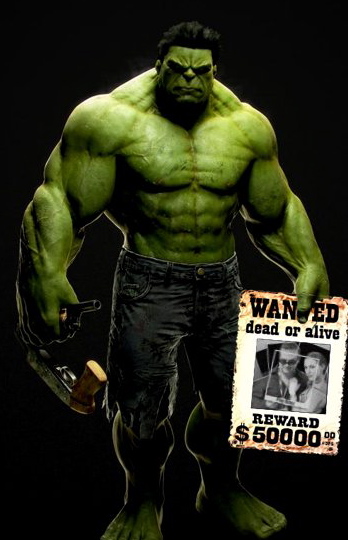 Welcome to the weekend Popsters!

Can you believe it? The time to assemble is less than a week away!!!

As you may already suspect I’m pretty geeked up about The Avengers opening NEXT WEEKEND! I’ve already bought my ticket for the 12:01 am premiere on May 4th and I’m counting the days…the hours…the minutes! I actually can’t imagine being more excited about any other release this Summer!

‘Nuff Said? Not a chance! So, in preparation for the big night I thought we might talk a little Avengers today, so, without further yada, yada, yada, have at it!

• Super Pre-Sale Numbers for The Avengers!

If you’re planning on going to that midnight opening next Thursday, (Friday morning, 12:01 am), you better get online and get your tickets now, they’re going faster than a…spinning shield!

Movietickets.com is reporting that the advance ticket sales for the U.S. opening of The Avengers are off the charts! The Pre-sale numbers are said to be better than Iron Man, Iron Man 2, Thor and Captain America…wait for it…COMBINED!?

56% of pre-sale tickets are for the 3D version, despite the fact that this super blockbuster was NOT actually filmed in 3D but was converted in post. Worstpreviews.com claims the reason so many people want to see the film in 3D is that “all the midnight showings are in 3D”, (wrong), there are also rumors about free posters being given away at select theaters, (IMAX only from the information I’ve received).

This weekend Marvel is releasing The Avengers in over 40 international territories prior to it’s U.S. opening on May 4th, (a true nerd holiday, as in “May the Fourth Be With You”). The film was released in New Zealand, Australia and Taiwan a few days ago and has already grossed a stunning 8 million dollars!

• Another Mondo and Marvel Team Up! 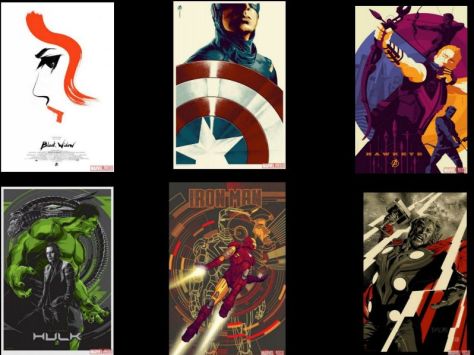 You’ve got to love these new posters created by Mondo, the Austin based graphic design house famous for their posters and Tees. Marvel recently commissioned the posters for the collectible art boutique arm of Alamo Drafthouse Cinema, in Austin, Texas.

Justin Ishmael, Mondo Creative Director explains, “We’ve become very attached to doing Marvel movie posters over the past few years, specifically for Avengers-related characters, so working on the upcoming film is a huge dream come true. The participating artists have really brought some of their best work ever to the table. If you want to see the different styles the Mondo crew is capable of, look no further than this series, we couldn’t be happier with it.”

I gotta tell ya, I couldn’t be happier either! I don’t know Popsters, I might actually need to throw down some cash this weekend! If you want to join me in blowing some hard earned green on this exquisite nerd art, feel free to damage your checking account by clicking this link!

Now, how many can I afford….and which ones? Decisions, decisions…

(edited from the press release)

I’ve actually seen…ummm…a few screen shots from this one and…well…I give it four out of five Iron…..whatevers.

Producer/ Writer Daniel Knauf, best known for HBO’s Carnivale and the Starz series Spartacus: Vengeance has created the new web based, interactive series Haunted and man is it ever creepy and addictive!

Seriously, this is a lot of fun, but you need to be patient and explore it all. Give it an hour and you’ll be hooked!

Check out the video for a full breakdown and enjoy!

Composer Diego Stocco created this piece in celebration of Earth Day last week. Though I am far from what you’d call a “Birkenstock Boy” or a “Tree Humper”, I have to admit I’m a sucker for all things brilliant and cool, and this is pretty freakin’ brilliant and cool! Check it out! 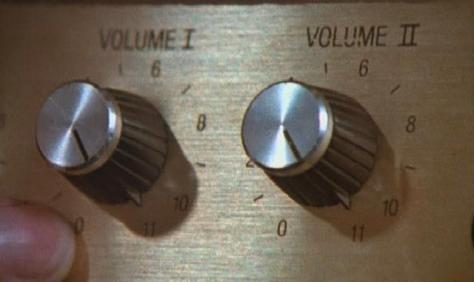 We’ve got a brand spanking new PopCast for you this week featuring covers of Broadway show tunes that really needs to be heard to be believed! Some are surprisingly good, some are wicked awful! From The Beatles to Queensryche, from Andrew Lloyd Webber Metal to Disco Sondheim? Tune in, turn on and Pop out!

♦ That’s all the news that’s fit to POP for this week, thanks for stopping by Popsters! Check back next weekend for my full review of The Avengers! Have a great weekend! Cheers!- Scott