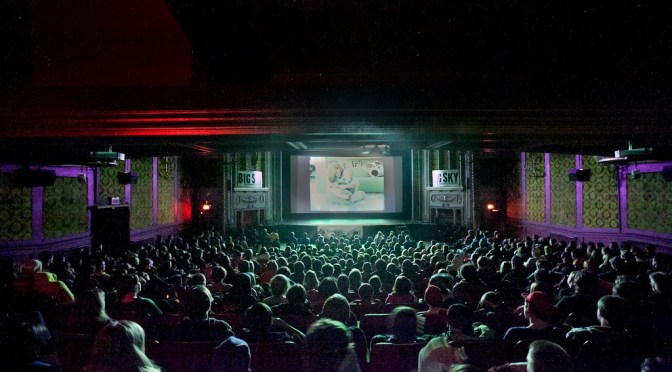 2011 delivered an amazingly eclectic collection of documentaries and I think it only makes sense to give them their own list. After being a fan of the genre for many, many years it’s nice to see the public finally warming up to the art form. No doubt reality T.V. , the marching penguins, Ken Burns and the History Channel have contributed greatly to the success of the documentary’s rise in popularity. That and the fact that what passes for “fiction”, especially in recent years, has proven to be sadly lacking. When it comes to documentary films the old adage still holds true, you simply can’t make this stuff up, (though they did try with An Inconvenient Truth, didn’t they?)

You don’t have to be a “Trekkie” to enjoy William Shatner’s The Captains, you just need to appreciate one of the most influential show(s) in television history. The movie features Shatner’s one on one, sit down interviews with Star Fleet’s most famous Commanders. Scott Bakula, Kate Mulgrew, Patrick Stewart and, surprisingly, the most entertaining and strangest of the group, Avery Brooks, are all featured in this very entertaining doc. Actor Chris Pine, from the newly re-booted big screen franchise, even passes through to offer some of his thoughts and insights. Yes, I’m a bit of a nerd for including this one in my list but I’ve never been one to shy away from letting my geek flag fly. Live long and prosper my Captains. (Currently available on Netflix Instant Streaming)

It’s always a great year for documentaries when Errol Morris has one on the list. Tabloid is the tale of 70s headline celebrity Joyce McKinney, a former Miss Wyoming and dominatrix for hire who was charged with abducting and imprisoning a young Mormon Missionary. The film also brilliantly takes a look at the mad, mad world of tabloid reporters and the cloning of a dog named “Booger”. I don’t know where Morris finds the subjects for his often hilariously disturbing and jaw dropping documentaries, I’m only glad he does. Errol is the zookeeper of the absurd and Tabloid is another great addition to his ever-growing catalog of immensely entertaining- and illuminating- titles.

When Conan O’Brien left NBC the terms of his broken contract included an agreement that prohibited him from appearing on television for six months. Conan could have just put his feet up and enjoyed his brief hiatus from the tube but, as this film proves, Conan O’Brien CAN’T Stop, even if he wanted to. The film is a warts-and-all chronicle of O’Brien’s first ever comedy tour of the U.S. and, oddly enough, Canada. I’m a big fan of “behind the scenes” docs and this is one of the best I’ve seen, due in large part to it’s honesty. Even if you’re not a fan of O’Brien and his comedy style you’ll find this one surprisingly entertaining. (Currently available on Netflix Instant Streaming)

I was actually lucky enough to catch Werner Herzog’s Cave of Forgotten Dreams on the big screen, in 3D no less. Leave it to Herzog to be the first director ever to film a documentary in the 3D format, his decision to do so was nothing short of genius and I feel bad for anyone who didn’t see this in the theatre. The director was given exclusive access to film inside the Chauvet Caves of Southern France, capturing, for the very first time, the oldest known pictorial creations of humankind in their astonishing natural setting. The images, both profound and beautiful, will stay with me for the rest of my life. (Currently available on Netflix Instant Streaming) 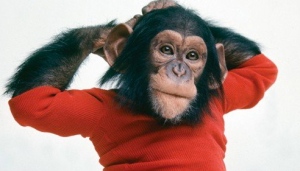 A few minutes into the documentary Project Nim you realize, Nim is where the first half of last Summer’s excellent Rise of the Planet of the Apes originated. In fact, the two would make a great double feature. If you watch this one first I guarantee, you’ll feel better when the apes begin to take over San Francisco, in fact you’ll most likely be rooting for them. In some ways, this is one of the saddest films I saw last year. It’s an endless parade of strange people with differing agendas and the lost monkey in the middle.

This cinematic profile of veteran New York City fashion photographer Bill Cunningham is a great glimpse into the quirky and creative life of the celebrated shutterbug. Occasionally, throughout the film, when Cunningham briefly lets his guard down, the film transcends the typical day-in-the-life documentary and gives us a rare peak at the eccentricity behind the photographer’s genius. Good filmmakers know, honesty is always the great elevator, especially when it comes to the docs. (Currently available on Netflix Instant Streaming) 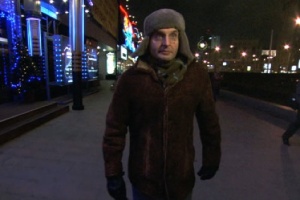 Exporting Raymond just may be the funniest documentary I’ve ever seen which, when you think about it, is quite an accomplishment for filmmaker Phil Rosenthal. After all, with a few possible exceptions, documentaries aren’t really known for their humor. Rosenthal writes, directs and stars in this fish-out-of-water doc that chronicles his attempts to adapt his hit sitcom, Everybody Loves Raymond, for Russian television. The flick is loaded with some gut busting laughs not to mention a lot of heart and humanity and is a must see for anyone with even a passing interest in what goes on “behind-the-scenes” both at home and abroad.

Being Elmo traces Muppeteer Kevin Clash’s rise from his modest beginnings in Baltimore to his current success as the man behind Elmo, one of the world’s most recognizable and adored characters. It’s a great story and a true American parable: pay attention to your kid’s dreams and support them as much as you can, Clash’s family did and the results are now and forever a part of our pop culture history. Elmo loves you and you will love his movie!

Buck is an examination of the life of acclaimed ‘horse whisperer’ Buck Brannaman, who recovered from years of child abuse to become a world renown expert in the interactions between horses and people. Buck’s story is profound, inspirational and, in the end, a perfect example of a man who conquered the demons of his past by choosing to succeed. At one point Buck asks, “Why let an animal live in fear?” and you know he’s not just talking about the horses, he’s talking about us. The philosophies and wisdoms Brannaman shares in this touching documentary go way beyond our relationships with our four legged friends and speak just as much about our relationships with each other. If Buddha had been a cowboy, he’d of sounded a lot like Buck. (Currently available on Netflix Instant Streaming)

Steve James, director of the award winning documentary Hoop Dreams has made another poignant and deeply affecting film that should be required viewing in every household in America, not to mention every class room. The film is a year in the life of a city grappling with urban violence and, before you say, “I can see that every night on the 11:00 news”, understand, this is the story the nightly news doesn’t show you. This is the human side, beyond the bloody headlines and statistics, these are the stories that challenge the apathy of our daily lives. The film doesn’t preach, it doesn’t offer excuses or ask us for undeserving sympathy for cold blooded killers and criminals, it simply shines a much needed light on the problems of our inner cities and shows us a group of very brave and determined people who have selflessly dedicated themselves to improving the lives of others. I needed to see this film, so do you.

Motivated in large part by the tragic events of September 11th, Actor/ Musician/ Patriot Gary Sinise, and his rock group The Lt.Dan Band, have been entertaining the troops on U.S. Military bases worldwide and also, stateside, at numerous fund raising events for everything from memorials for our first responders to the children of fallen soldiers. The band has averaged 40 shows a year for the last 10 years and, in USO shows alone, are close to breaking the performance record long held by the legendary Bob Hope, (rumor is, they already have.)

In 2009-2010, filmmaker Jonathan Flora had the opportunity to follow Gary and his band, around the world, for an extended period of time, and the result is this deeply moving and inspiring documentary. I’ve actually seen this film a number of times and it always affects me in the same way, I end up asking myself, am I doing enough? The truth is, probably not, but I’m working on it.

I can’t recommend this thought provoking and heartwarming film to you enough, which is why it sits at the top of my list for the best documentaries of 2011.