Welcome to the weekend Popsters! It’s time once again to take a look at all the news that’s fit to POP for this week, so, without further yada, yada, yada, let’s get this party started!

• For Those About to Imbibe, We Salute You!

Everyone’s favorite veteran rockers, AC/DC, have entered into a partnership with the Australia-based winery Warburn Estate to produce four bottled varieties named after some of their biggest hits –  “Back in Black” Shiraz, “You Shook Me All Night Long” Moscato, “Highway to Hell” Cabernet Sauvignon and “Hells Bells” Sauvignon Blanc, and, no, I did not make this one up!

• The Dude Abides and Sings a Little Country! 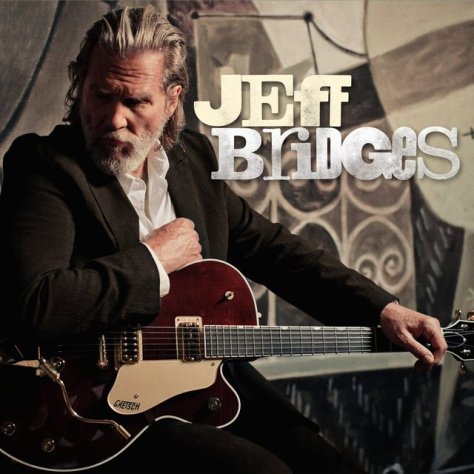 The Big Lebowski finally made it to Blu-Ray this week and, in a perfectly timed bit of marketing, Jeff Bridges has released a brand new, shit kickin’ album of country tunes.

While it could be argued these tunes have a lot more in common with Bad Blake than they do Jeffrey Lebowski, the album is still a rare treat for Bridge’s fans. Hell, for my money, it’s a great week if Jeff shows up in a late night re-run of any one of his classic flicks. His two releases this week just made my month.

Here’s the music video for “What a Little Bit of Love Can Do” from Jeff Bridge’s new self-titled album.  Take it away Dude (or Your Dudeness, or uh, Duder, or El Duderino… if you’re not into the whole brevity thing.)

• Rock and Roll All Night and Java Ev-er-ree Day!

Get ready Las Vegas, Kiss is coming to town and they’re bringing a big bag of Columbian with ’em… coffee beans that is, what did you think I was talking about?

Yes, it’s true, Gene Simmons, AKA: “The Rock and Roll Barnum”, is bringing his coffee house concept to Sin City. Simmons opened the first Kiss Coffeehouse in Myrtle Beach, South Carolina back in 2006 and is currently tossing around the idea of expanding to NYC, Orlando and Hollywood. You’ll be able to enjoy your Growler & Frozen Rockuccino™ in Vegas at the Kiss Coffeehouse sometime next year, not too long after the opening of the Kiss-themed, glow-in-the-dark, indoor miniature golf course, (it’s true, I can’t make this shit up.) Blood, fire and coffee? I’ll see you there!

If, like me, you’re a member of the iPad Cult you’re really going to appreciate this one, it’s trippy, enjoy!

Legendary filmmaker/painter/furniture designer/ mind rapist David Lynch has finally announced the release of, Crazy Clown Time, his debut solo album, following the release of the singles “Good Day Today” and “I Know” last fall. the 14-track collection includes the previously released tunes as well as the perfectly Lynchian-titled tunes, “The Night Bell With Lightning,” “Strange and Unproductive Thinking,” and, of course, the title track “Crazy Clown Time“. The new album will also feature guest vocals from Yeah Yeah Yeah’s frontwoman Karen O. on the track “Pinky’s Dream“. In keeping with his almost obsessive work ethic, Lynch produced and wrote all of Crazy Clown Time, which is due out on November 8.

Today I’m including the track “I know” for your consideration but with a slight disclaimer: If you have ever in your life dropped acid or enjoyed the occasional mushroom, please proceed at your own risk, Dave’s about to really mess up your weekend, man.

Speaking of David Lynch, also coming in November of this year, is the new musical version of Lynch’s masterpiece of perversion, Blue Velvet. Yes, once again today, it sounds like I’m just making shit up but, I can assure you, I’m not! Honest!

TheatreNOW Productions of Wilmington, NC. has announced a musical workshop premiere of Blue Velvet during the Cucalorus Film Festival which runs the weekend of November 10-13, 2011

The creative team of Anthony Lawson, Bryan Putnam and producer, Alisa Harris, have “conspired to recreate the sadistic, seedy, sexy and sometimes silly goings on in the underbelly of Lumberton, USA“. The workshop of the musical-in-progress will feature the full score, songs and script in a bare bones presentation in order to garner feedback. Wilmington, NC. was actually the stand in city for Lumberton USA in Lynch’s iconic cult classic film. Click here for more info on the Musical Blue Velvet.

I don’t know Popsters, in my useless opinion, they’ve got a LONG way to go to try and top this moment of big screen bliss and weirdness! 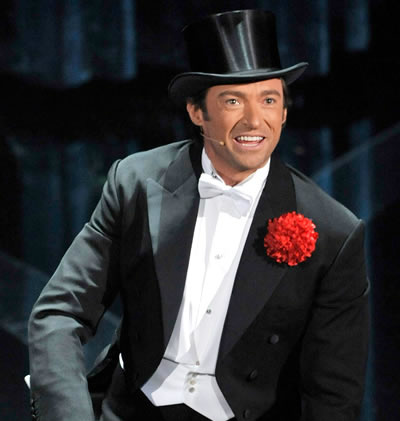 Hugh Jackman’s dance card has really been filling up lately. He’s currently in pre-production for the next Wolverine film, warming his voice up for the starring role of Jean Valjean in the big screen adaptation of the Broadway hit Les Miserables and, this week the Hollywood Reporter broke the news that Jackman has been signed to play P.T. Barnum in 20th Century Fox’s The Greatest Showman on Earth.

According to the industry paper, the film will focus on Barnum’s relationship with opera singer Jenny Lind. There’s no official word on who may be taking on the role of the “Swedish Nightingale”, Barnum’s extramarital love interest but, my sources are telling me the producers are talking to Anne Hathaway.

I’m almost disappointed at this news as I think Jackman making this particular film greatly decreases the chances of him starring in a Broadway revival of the musical Barnum– one of my all time favorites. I actually can’t imagine a remounting of that show without him in the lead role. 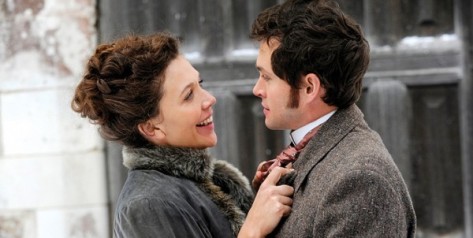 And that’s all the news that’s fit to POP for this week! Thanks for stopping by and have a great weekend Popsters! Cheers!-Scott