Welcome to the weekend Popsters! You made it through another work week and now it’s time for a little surf and chill! I’ve got lot’s of poptastic stuff for you this week so, without further yada, yada, yada, let’s get this party started! 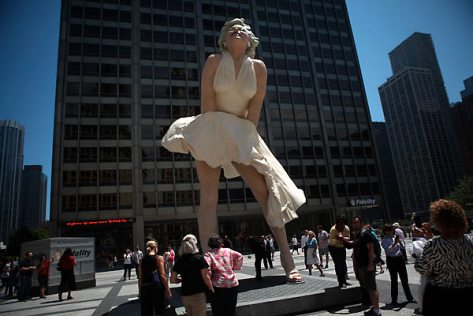 A giant statue of Marilyn Monroe, the original blonde bombshell who symbolizes all that’s sexy and good about this great and twisted land of ours, was unveiled along Chicago’s Magnificent Mile yesterday, and already most of the Windy City’s other tourist attractions and landmarks are either blushing red or green with envy.

The John Hancock Building was quoted as saying, ” Really, I don’t see what all the fuss is about, she’s just another blonde bimbo on Michigan Avenue with her skirt in the air…like we haven’t seen that a thousand times before, please.”  Soldier Field (aka: only add the S if you’re a tourist), has a very different take on Chi-town’s latest addition, ” She makes me proud to be an American, I’m taking her to Ditka’s for a steak dinner and a few bottles of wine tonight and then I’m gonna give her the full tour….of my end zone!”

“Forever Marilyn” stands in Pioneer Court near the Michigan Avenue Bridge. The sculpture is a venture involving the Zeller Realty Group and The Sculpture Foundation,  the specific aim is to draw crowds. The street piece is the work of Seward Johnson, a New Jersey artist and member of the family of Johnson & Johnson healthcare products fame . Interestingly enough, he also happens to be a cousin of actor Michael Douglas. 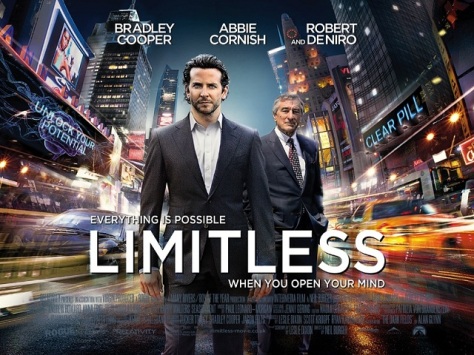 Limitless, out on DVD this Tuesday, is quite simply the best movie I have seen this year so far. Every twist and turn is a surprise and the ending……well, let me just say, I really loved this movie! While it’s performance at the box office may have been a bit of a disappointment for Paramount I have no doubt this is going to be a big hit on DVD and cable. Prepare to be discussing this flick at the water cooler and your neighborhood java joint in the very near future. 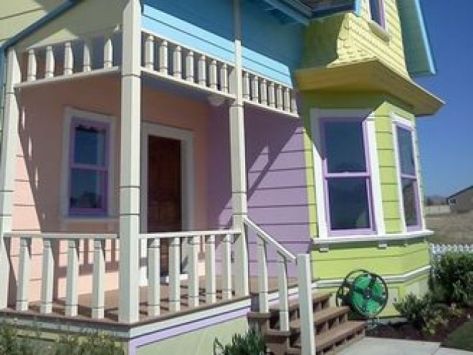 A Utah builder has painstakingly built a house to be an exact real-life replica of the iconic animated home that took flight in the Pixar’s 2009 “Up.”

Blair Bangerter, co-owner of Bangerter Homes, told FoxNews.com “I saw the movie and instantly wanted to create it, my team and I knew it would be possible so we got right to planning”

From the vibrant pastel colors of the home itself, to the mailbox, to the painting of “Paradise Falls” over the fireplace, the house is an exact recreation.

During the building process, workers often had to refer to the film to make sure they had every small detail right. Bangerter said he carries the movie with his laptop, and had to refer to it over 100 times during construction.

Bangerter Homes brought the home to life for the 65th Annual Salt Lake Parade of Homes, which opens July 29 and runs until Aug. 14, where the public can get a close-up tour. The house is selling for around $400,000 and Bangerter is looking for the perfect buyer. “I’m hoping someone with imagination will see the potential in this house. It’s a very special house for a special family,” Bangerter said.

*Editors Note: Russell and Doug don’t come with the house but there is an Asian kid named Kwan down the street who will mow your grass for 20 bucks and, for an extra 5, will let you call him “Russell”. There’s also a mutt in the neighborhood who doesn’t talk but will pee on your lawn for free.

The trailer for Martin Scorsese’s new film Hugo, which is based on Brian Selznick’s “The Invention of Hugo Cabret” bestseller debuted online yesterday and it looks AWESOME!

The film is set in 1930s Paris and tells the story of an orphan who lives in the walls of a train station and is wrapped up in a mystery involving his late father and an automaton. 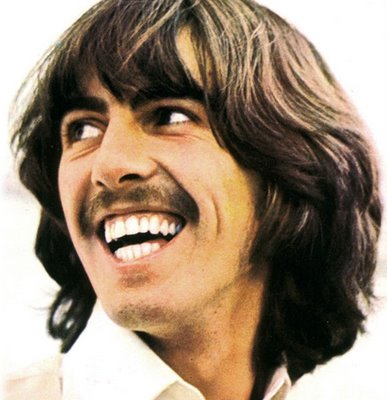 Speaking of Martin Scorsese, HBO has acquired the North American TV rights to Scorsese’s George Harrison: Living in the Material World and will air the documentary in two parts on Oct. 5 and 6.

In the film, Scorsese traces Harrison’s life from his beginnings in Liverpool through his life as a musician, philanthropist and  filmmaker. Home movies and photographs that have never been seen or heard before are complemented by interviews with Eric Clapton, Terry Gilliam, Eric Idle, George Martin, Paul McCartney, Tom Petty and Ringo Starr.

Here’s a classic clip from back in the day featuring George on Eric Idle’s television special, performing one of his biggest hits…..or not.

The new exhibit, Jim Henson’s Fantastic World, opened this week at the Museum of the Moving Image in New York and will run until 1/16/2012.

The exhibit celebrates the internationally known creative genius Jim Henson, whose work encompassed film, television, and puppetry. The exhibition features over 120 artifacts, including drawings, storyboards, and props, all of which illustrate Henson’s boundless creativity.

Fifteen iconic puppets, including Miss Piggy, Kermit the Frog, Rowlf, and Bert and Ernie, are on view, along with photographs of Henson and his collaborators at work and excerpts from his early projects and experimental films. The exhibition spans Henson’s entire career, with drawings, cartoons, and posters produced during his college years in the late 1950s and objects related to the inspired imaginary world of his popular 1982 fantasy film, The Dark Crystal. The exhibition features artifacts from Henson’s best-known projects, The Muppet Show, The Muppet Movie, Fraggle Rock, and Sesame Street, in addition to materials from Sam and Friends, an early show he created in the 1950s, and his pioneering television commercial work in the 1960s.

For more info on the exhibit, check out the website for The Museum of the Moving Image!

I’m really digging this great tune and creepy video from the new Manhattan based band Cults.

Jim Jones and his lunatic followers at Jonestown are the featured subject of this one. For those of you too young to remember, when you hear the phrase,”drinking the Kool-Aide”, used mostly in the political world these days, this is what they’re talking about. No doubt, there are moments when this looks a lot like the 2008 election, with all of that “Hope and Change”, (uh huh, you know who you are.) Mmmm, I wonder, what was the flavor? Grape or Cherry? Because right about now it sure tastes like….. never mind, just enjoy the tune!

♥ And that’s all the news that’s fit to POP for this week! Thanks for stopping by Popsters! I’ll see you next week with an EXCLUSIVE interview that has literally been months in the making! Who is it you ask? Ah, well, that’s for me to know and for you to find out…Next Friday! See you then, have a great week! Cheers!- Scott