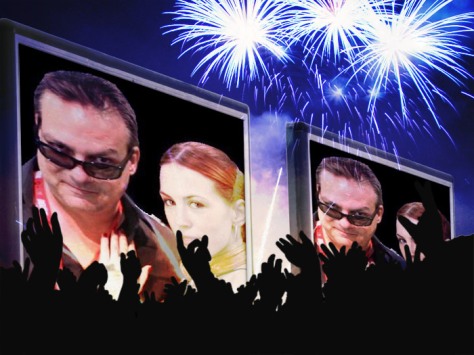 Happy July 4th Weekend Popsters! Are you ready for your holiday weekend?! You know I am! So what’s say we get this party started!

• Will Brave be Pixar’s Redemption?

I finally saw Cars 2 the other day… well, to be honest, I only made it through three quarters of the movie.

As I was sitting in the theater waiting for Cars 2 to start I remembered that when the first Cars was released I had very low expectations (based on the previews I’d seen) and, as it turned out, I was pleasantly surprised by the heart and spirit of that film. I had the same hopes as I waited for this one to begin only, this time, sad to say, my worst fears were confirmed. There are a few critics out there who insist this sequel is better than it’s predecessor, do not believe them, they’re either delusional or on someone’s payroll.

The soul-less cash grab that is Cars 2 is an affront to any true Pixar fan. It is an ugly, loud and heartless romp that will only satisfy the youngest members of your clan.

Do you remember how you felt after you saw Star Wars Episode One and first met Jar Jar Binks? How about Indiana Jones and the Crystal Skulls? WTF, right? George Lucas made THIS?! Steven Spielberg made THAT?! Cars 2 will, most likely, be another one of those “moments” for you. It most definitely was for me.

I have to give it to them, eleven excellent films in a row is an unprecedented and solid run but, sooner or later, this cash and burn was bound to happen. That being said, if you would have told me prior to this film’s release that I would one day actually walk out of a Pixar film I would’ve thought you were barking mad.

Don’t get me wrong, visually the work of Pixar’s animators is just as impressive as it’s ever been and still leaves all their competitors and challengers in the dust. Unfortunately, for what I truly believe is a Pixar first, the writers just weren’t working at the same level of excellence as the animators.

As I suspected and told you all when the first trailer for Cars 2 was released, the movie reeks of slobbering merchandisers and, as a result, plays like one long and obnoxious toy commercial.

Shame on you John Lassiter. I expected more from you and your company on your 25th anniversary.

This brings us to the teaser trailer for Pixar’s next release Brave, currently playing in front of Cars 2. Yes, this preview is truly just a tease and, no, we can’t glean much from it but, for the true Pixar fan, it inspires more hope than the Cars 2 trailer ever did.

Check it out and keep your fingers crossed!

Yes, Popsters, I’ve been loudly singing the praises of this flick for quite awhile now but, finally, you have a chance to see it for yourself! If you missed my previous review you can read it here.

Beginning July 4th you can stream the film in it’s entirety at LtDanBandMovie.com

When you stream Lt. Dan Band: For The Common Good – one out of every four dollars will be donated to The Gary Sinise Foundation which honors our nations defenders by supporting the USO, Operation International Children, Snowball Express, and other such charities and efforts that support the military, first responders and their families.

It’s a great film, a worthy cause and a perfect time to remember those who have sacrificed so much to secure the freedoms we celebrate this weekend.

Check out the trailer and, please, find some time this month to donate to Gary’s causes and catch a truly excellent flick! 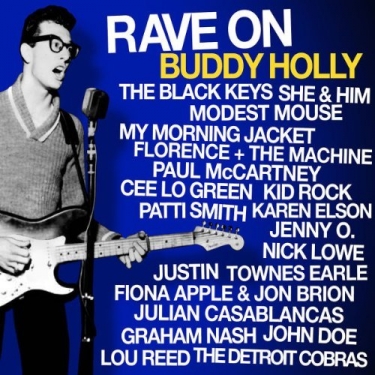 Tribute albums are most often a hit and miss affair but I’m very happy to report the new compilation Rave On Buddy Holly has a lot more hits than misses. Highlights include The Black Keys with their straight ahead take on Holly’s “Dearest“, The Detroit Cobras (a favorite of mine for many years), ripping and rocking “Heartbeat”, My Morning Jacket with thier faithful rendering of the classic “True Love Ways” and Paul McCartney with his surprisingly rocking and re-imagined version of one of Holly’s biggest hits “It’s So Easy“, which actually may be the best thing the former Beatle has recorded in a very long time.

Florence and the Machine’s reinterpretation of Buddy’s prophetic “Not Fade Away” might be my favorite of this collection. Fade away Mr. Holly? Not a chance!

Rave On Buddy Holly is currently available at all of your usual retail and digital outlets.

Check out the video! 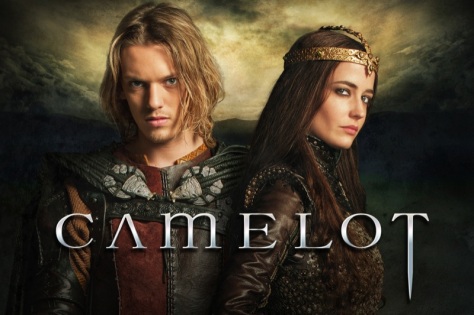 When the series premiered on the Starz Network the reviews were strong and the ratings were very good….for awhile. Unfortunately, it appears the arrival of HBO’s excellent Game of Thrones stole some of Camelot’s thunder and, as a result, this week Starz announced the series will not been renewed. The network cited low ratings and high production costs as their reasons for the cancellation.

I, personally, have only seen the first three episodes of the series but, from what I’ve seen, it’s quite good and definitely worth adding to your Netflix Instant Queue, especially, if like me, you’re suffering a bit from a Game of Thrones withdrawal.

If you missed my interview with the cast and director, first published in April, you can read it here.

The British import War Horse, featuring some of the most amazing puppetry I’ve ever seen, took home the Tony Award for Best Play a few weeks ago and is currently playing to packed houses on Broadway. If the trailer for Steven Spielberg’s film adaptation lives up to it’s promise, it might also be taking home the Oscar next February. If this trailer isn’t the perfect definition of “Oscar bait”, I don’t know what is. I’m a sucker for horse stories, can’t wait for this one!

And just for fun, here’s the trailer for the Broadway play, in a word, WOW! 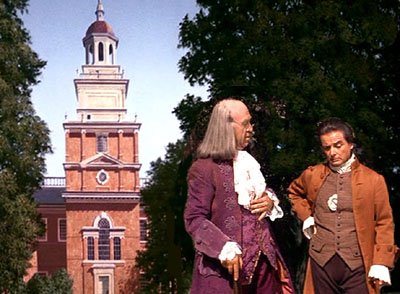 Every year at this time I make it a point to watch what I believe is the best film ever made about the birth of our nation, 1776!

Turner Classic Movies will be airing 1776 this July 4th at 2:00pm, if you want to take a break from the heat and plop yourself down in front of the tube for a few hours, this is your must see!

Here’s a clip for you!

Alright Popsters, that’s going to do it for this week. Here’s wishing you and yours a very happy and safe July 4th Weekend. Be happy, be joyful and, most of all, be proud! You’re the prettiest girl at the prom, no matter what they try and say. Stop apologizing America, you are exceptional! God Bless the U.S.A.! Cheers!- Scott